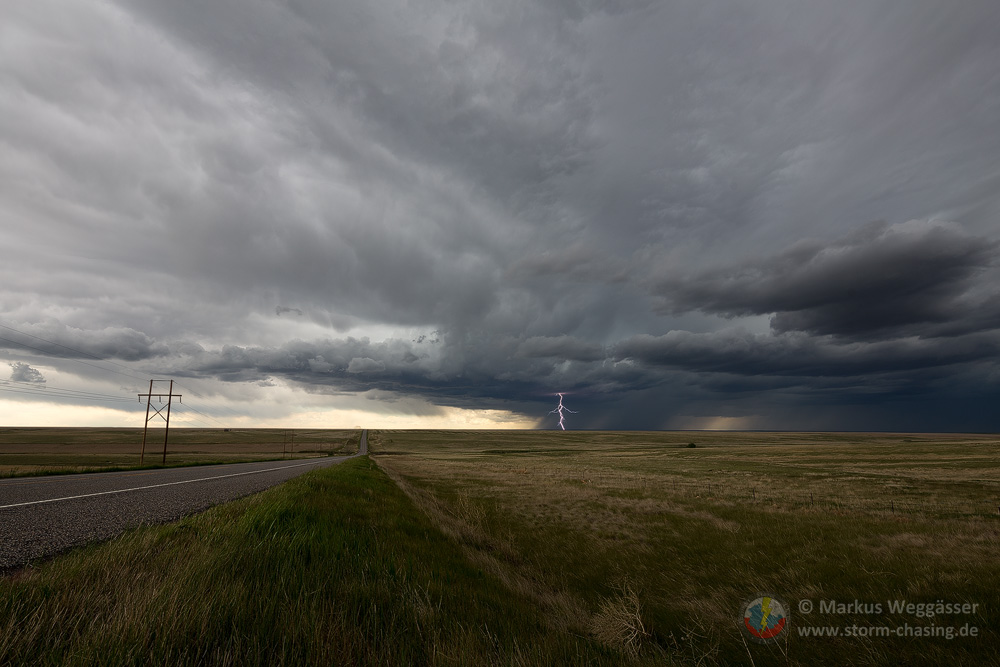 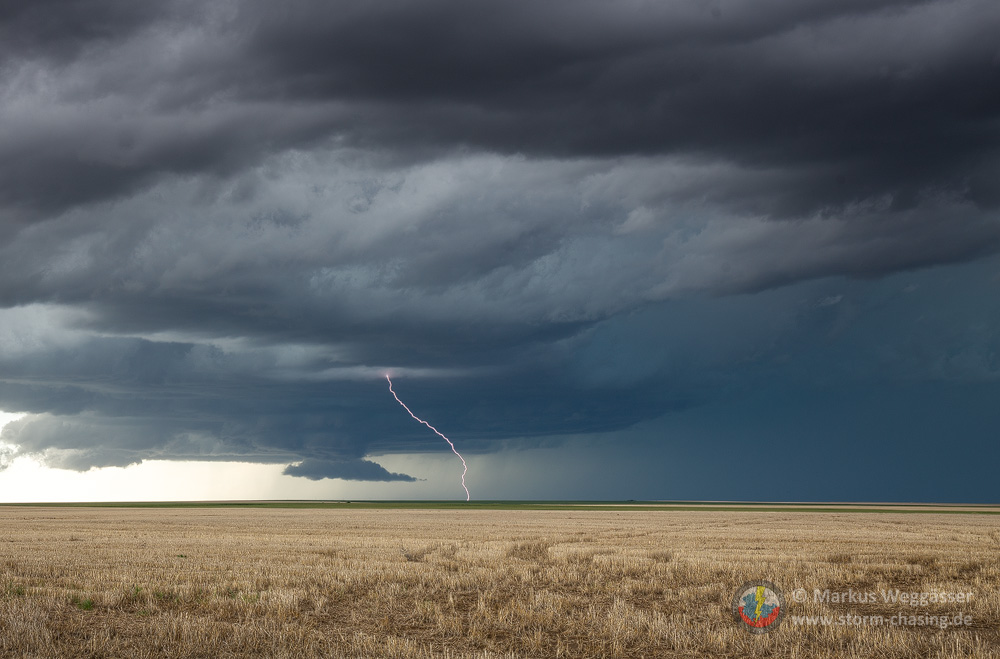 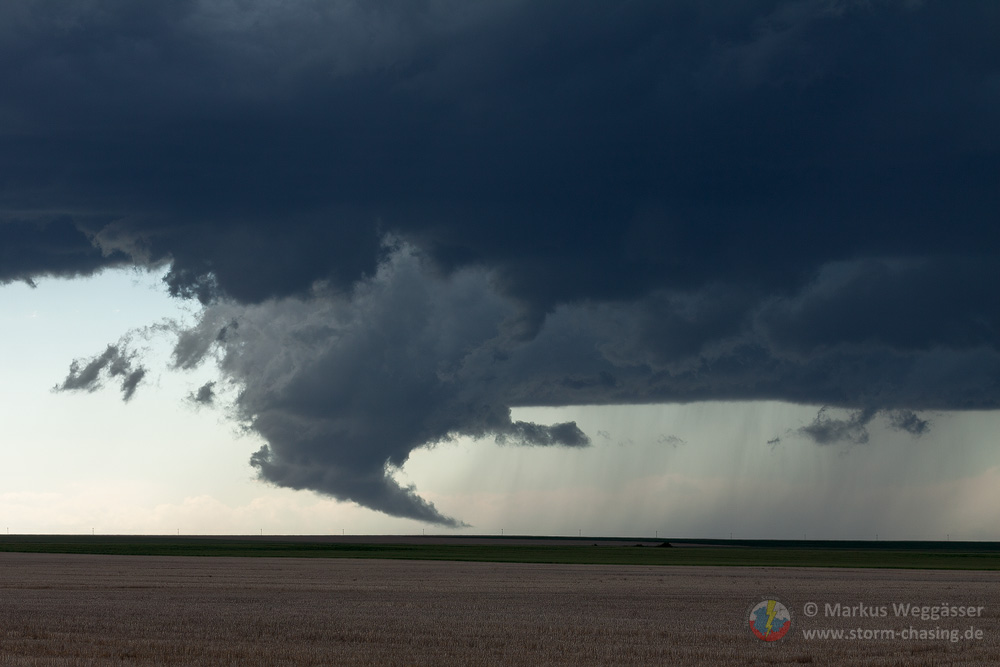 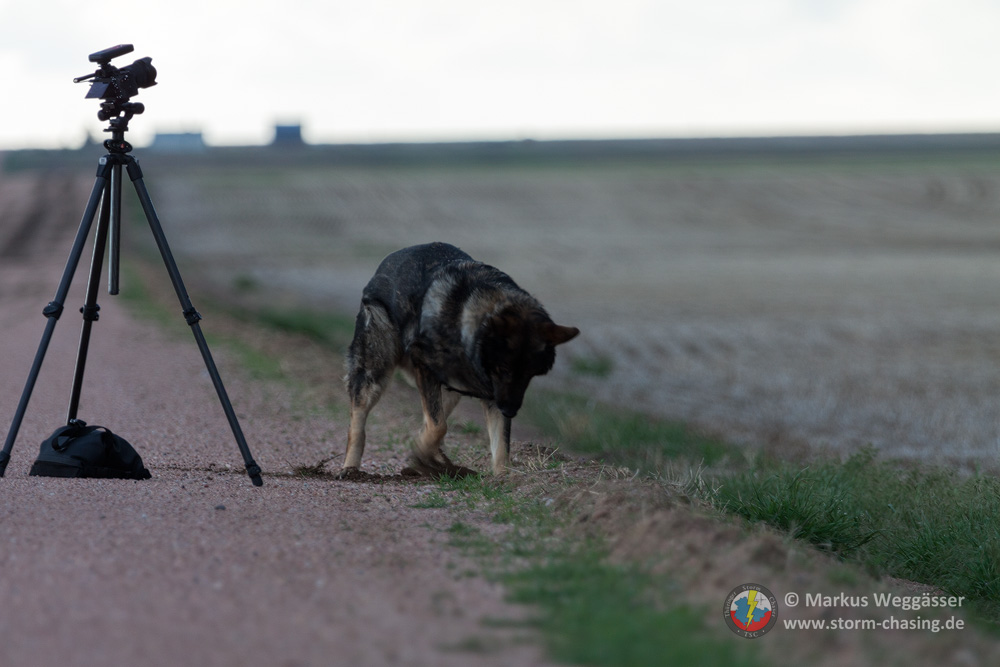 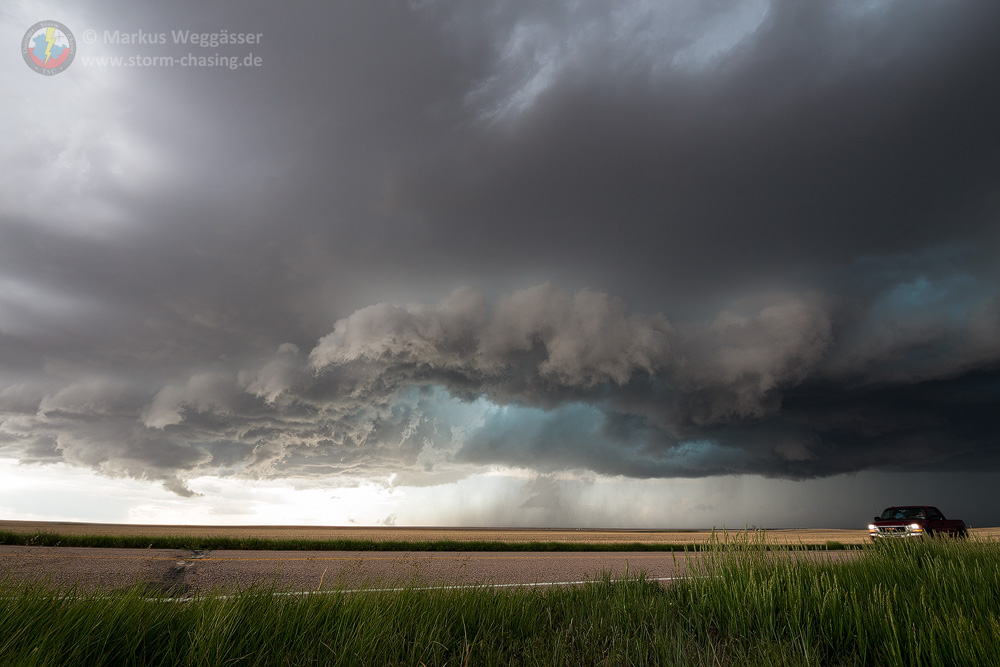 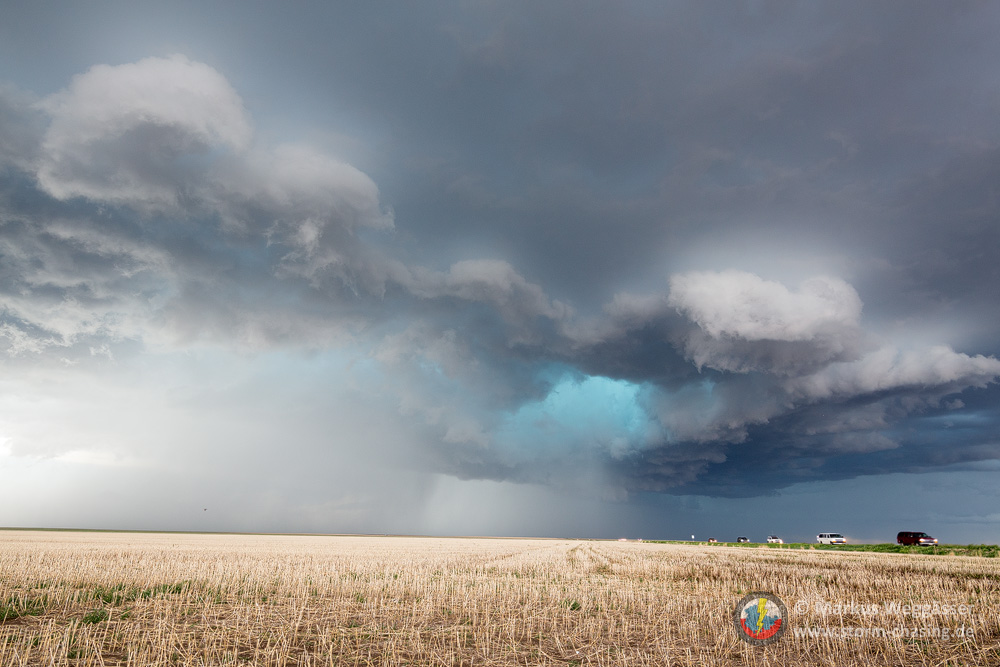 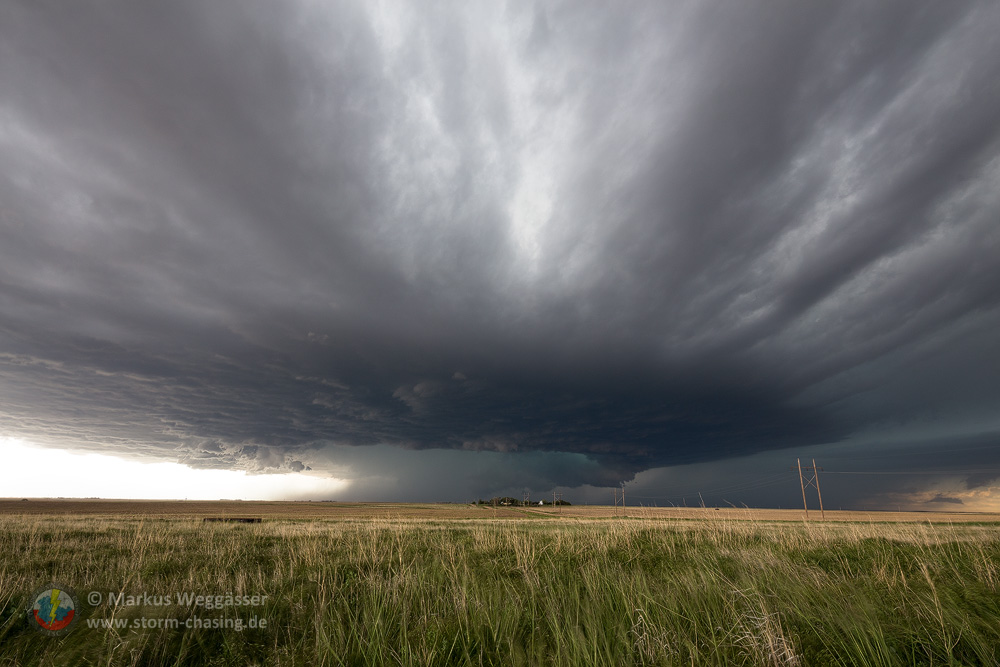 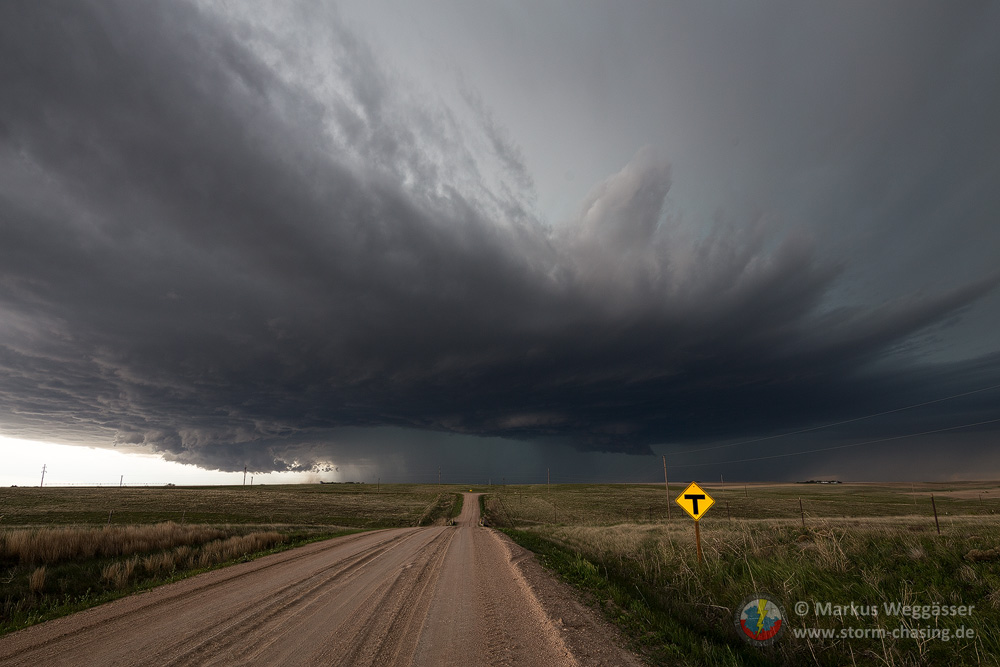 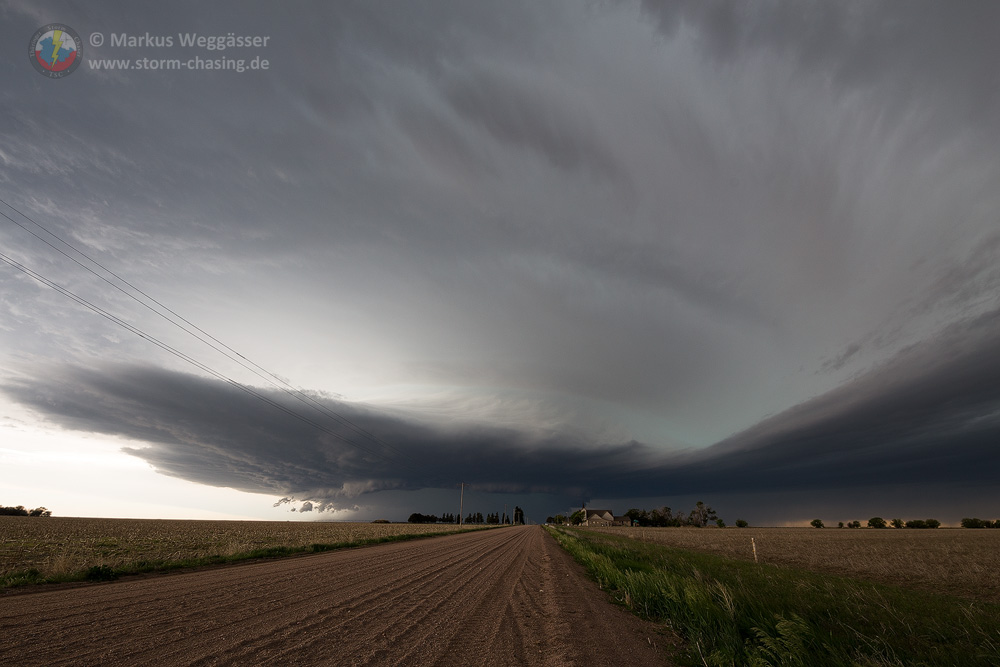 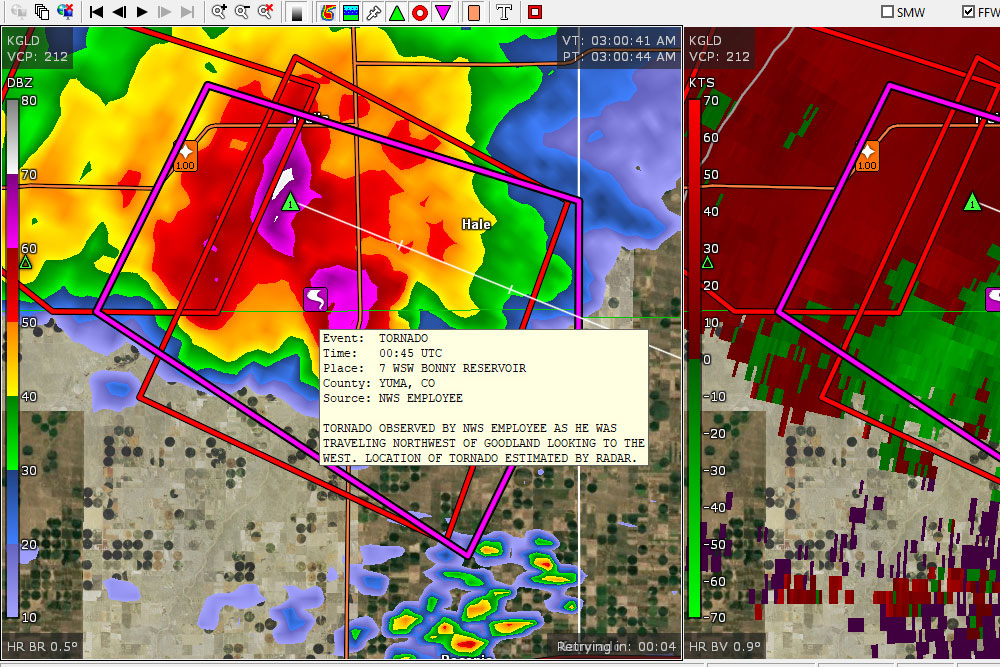 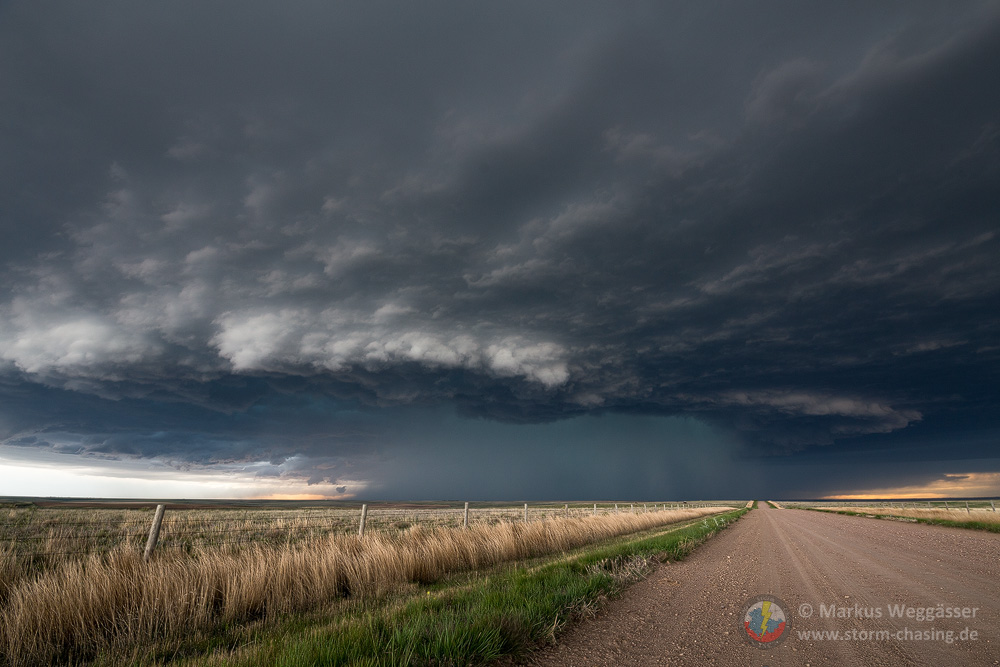 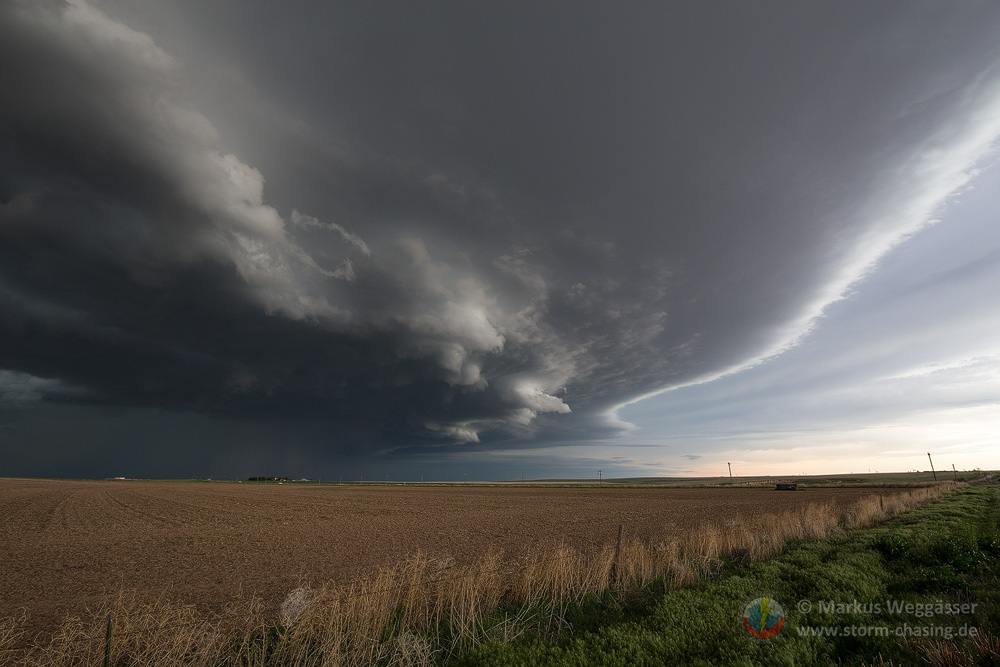 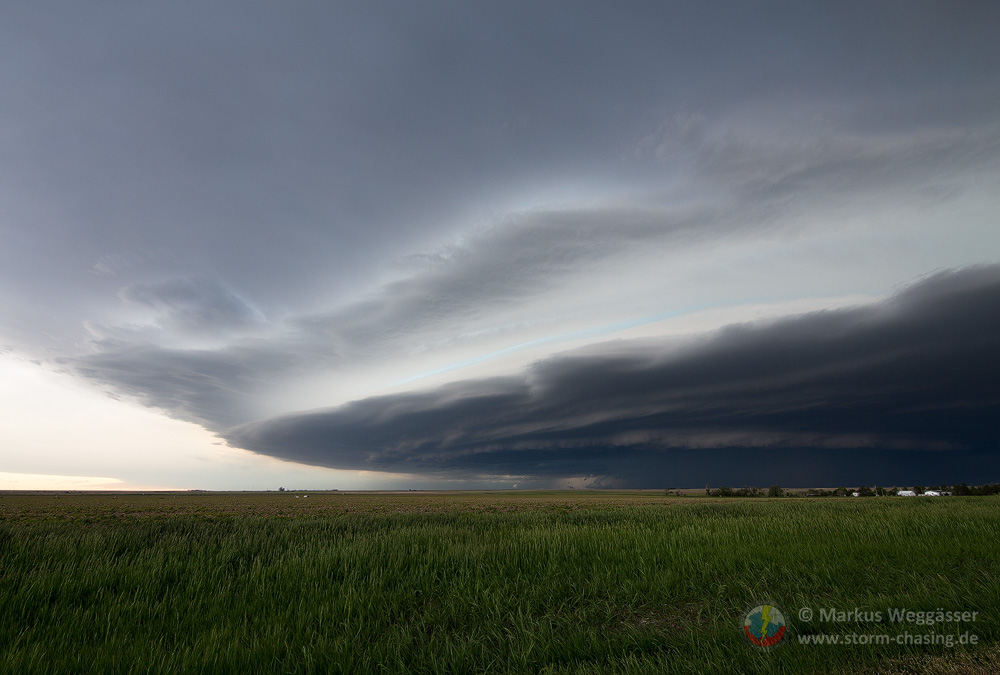 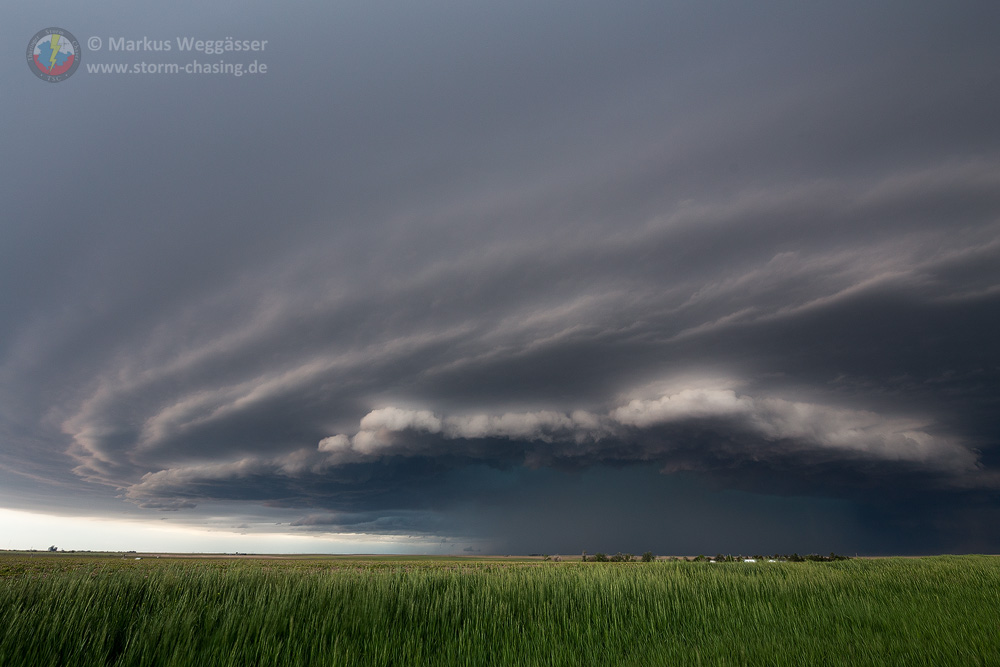 What did we learn yesterday? Right. The simpler option is not always the wrong option. So let’s put it to test and go with the mainstream. Since all models provided us with essentially the same guidance, the target area in northeast Colorado (Limon, CO) stood undisputed.

Sure enough, we got to Limon and all we had to do is to drive a few miles north and the storm of the day was already waiting for us (and thousands of other chasers, given the almost ridiculously simple forecast this time around). Early afternoon and all was set for the show of the day.

One hour in, the storm has developed into a classic supercell and another 30 minutes later we would have a High Plains beauty with terrific mesocyclone, wallcloud, clear slot and heavy rotation. It was only a matter of time until this beast would spit out a tornado.

It didn’t happen yet as this cycle to form a mesocyclone ended and things became rain-wrapped for a while. But this thing wouldn’t give up any time soon. While it did pick up travel speed, it nicely re-organized, forming a picture-perfect rotating hook only classic supercell are able to produce and sustain.

The rain wouldn’t completely disappear though, which made it difficult to see all the action that was happening in the inflow/wallcloud region of the storm. But it’s massive mesocyclone was just breathtakingly amazing. This is the reason why people including ourselves keep coming back to the Plains. The storm kept on going and was hook-shaped and tornado-warned at the radar.

Crazy inflow and still no significant outflow led this monster continue to spin and eventually it did throw a tornado as witnessed by others who dared to stay closer. Even when it got dark - now 3 to 4 hours into the chase - this guy just kept going.

We did stay ahead for the rest of the evening until we reached our final destination of the day in Hays, KS around midnight. More than 8 hours on one cell, finished off with a couple of stops in order to document the light show that also only these kinds of storms can produce.

More than 8 hours on one cell, finished off with a couple of stops in order to document the light show that also only these kinds of storms can produce. And if that wasn’t enough, the nightly da-capo when the storm moved over the motel did not disappoint either. Countless near-strikes made us stay awake for another two hours. A perfect chase day with a very solid model forecast performance which reconfirmed what we learned the day before ;-)