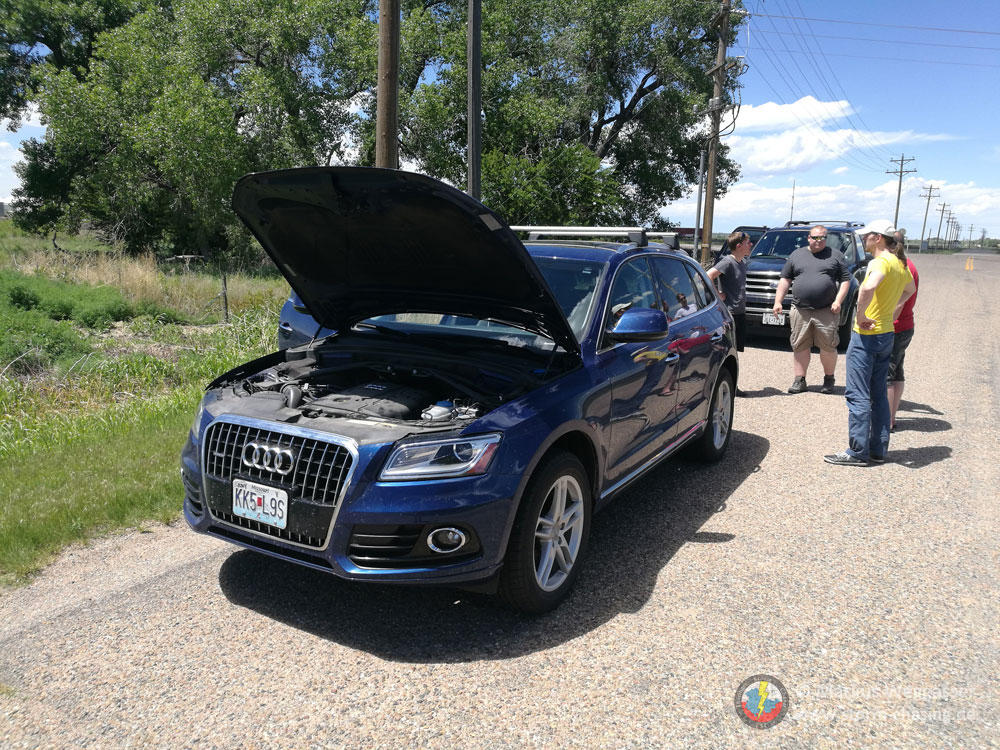 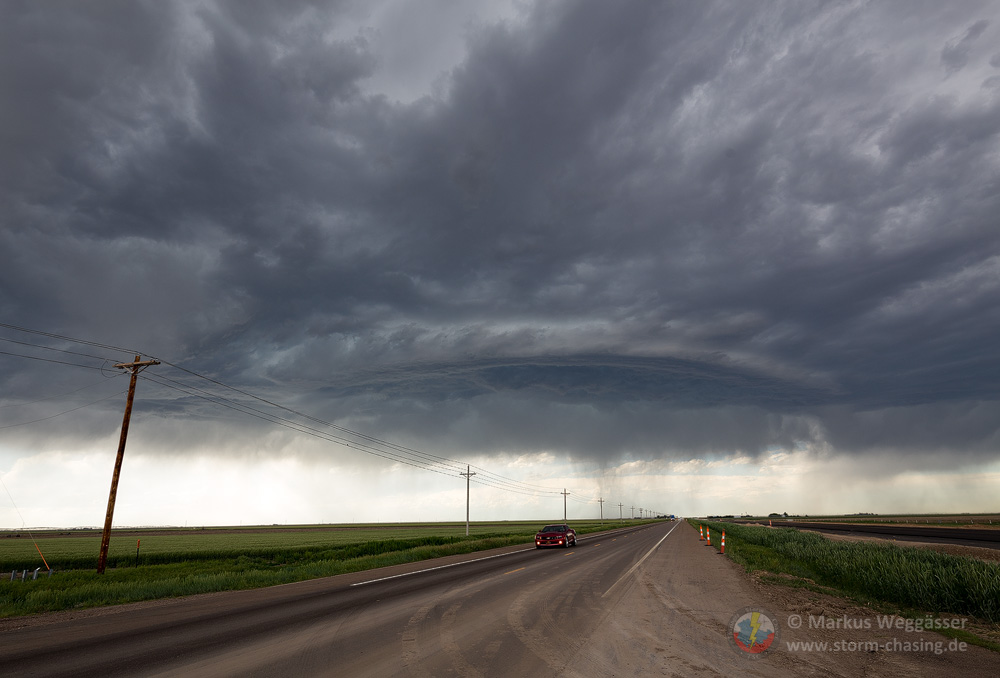 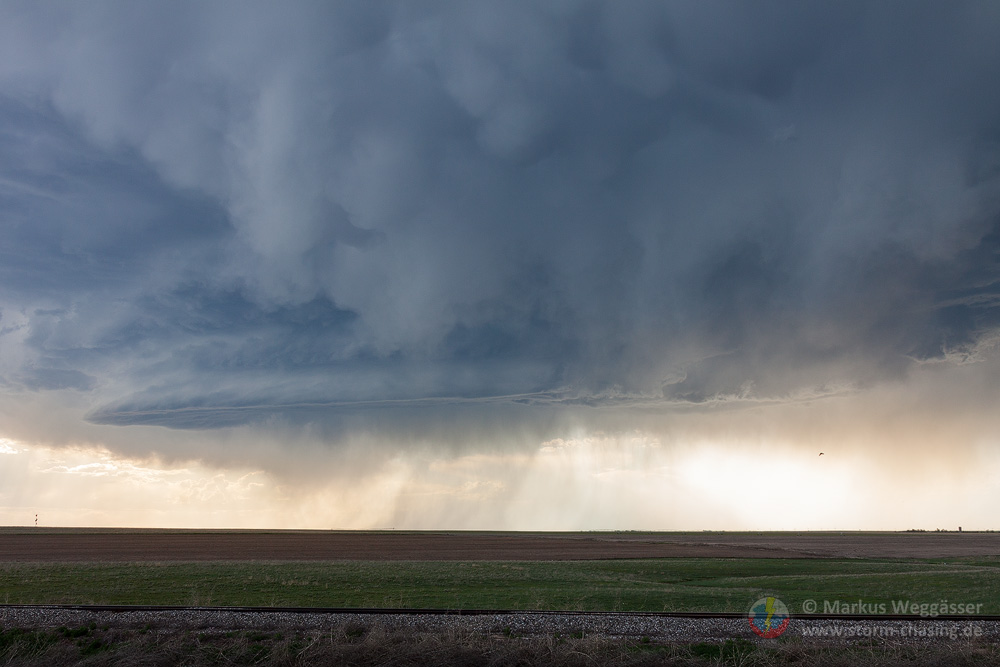 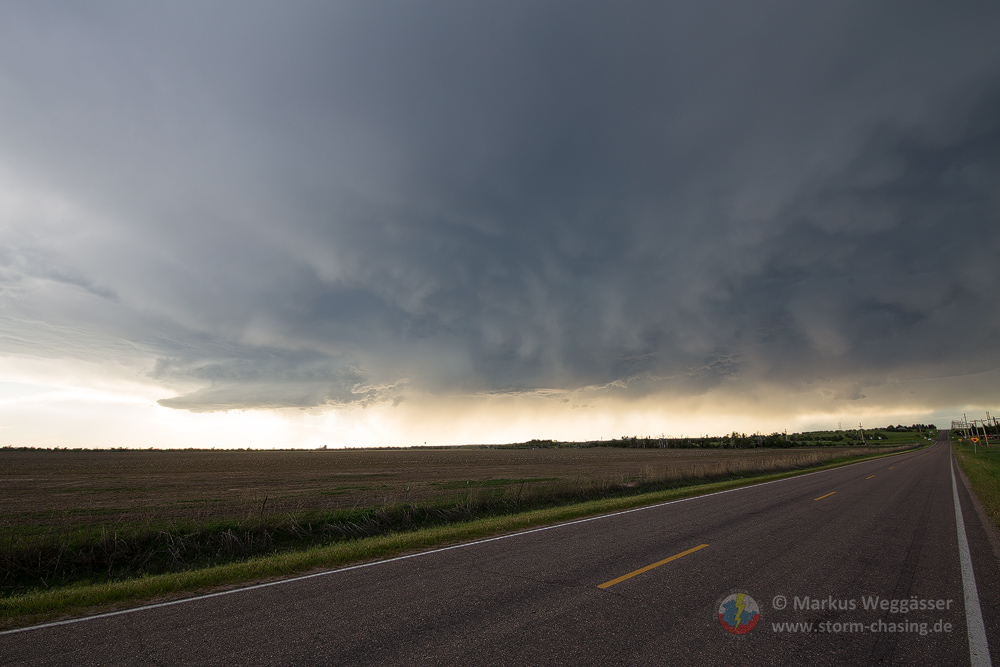 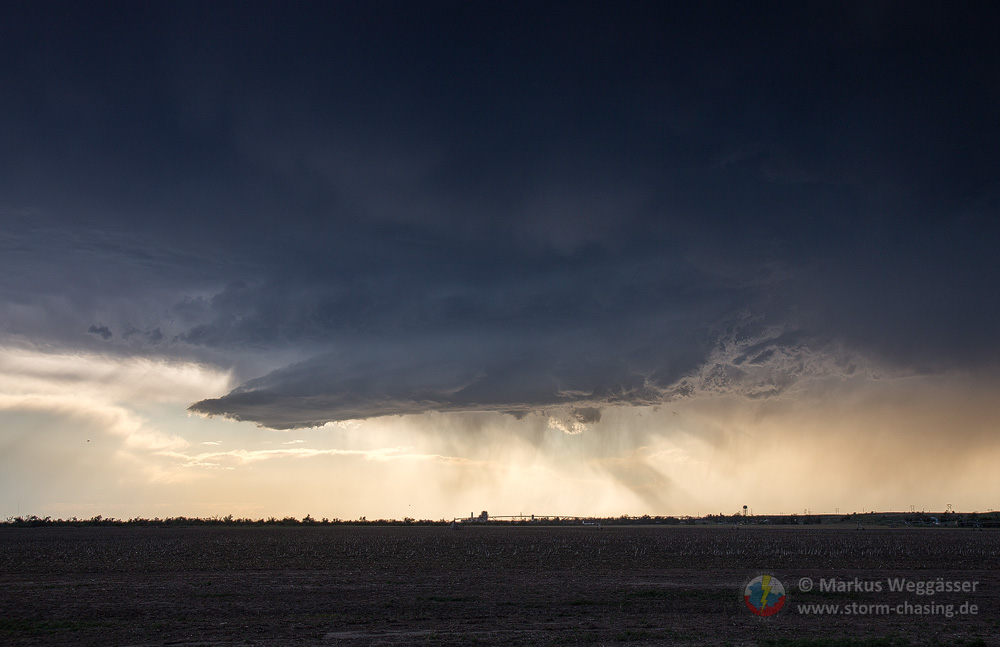 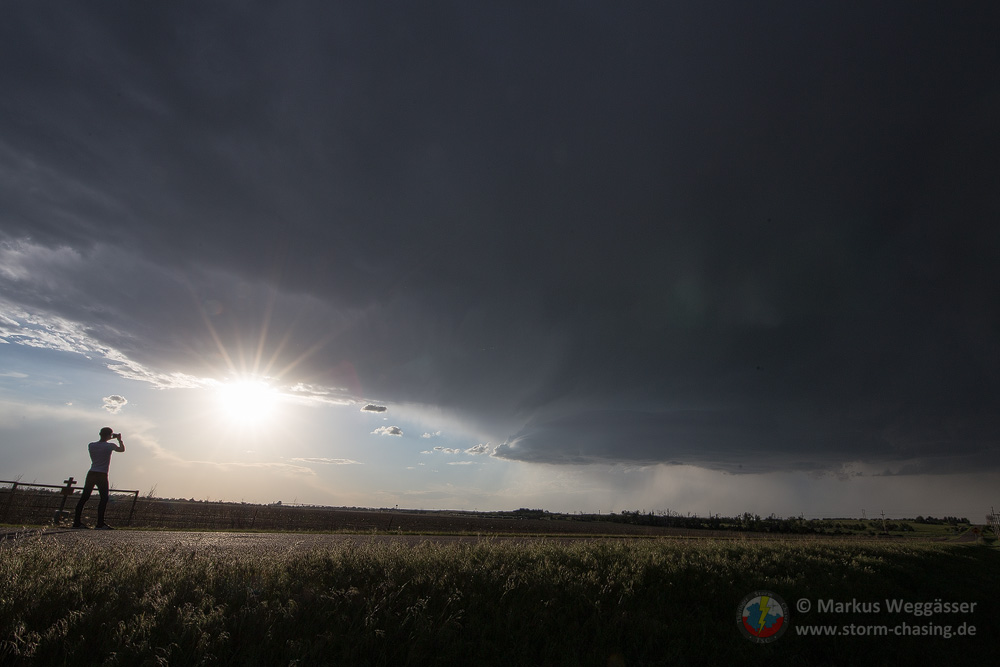 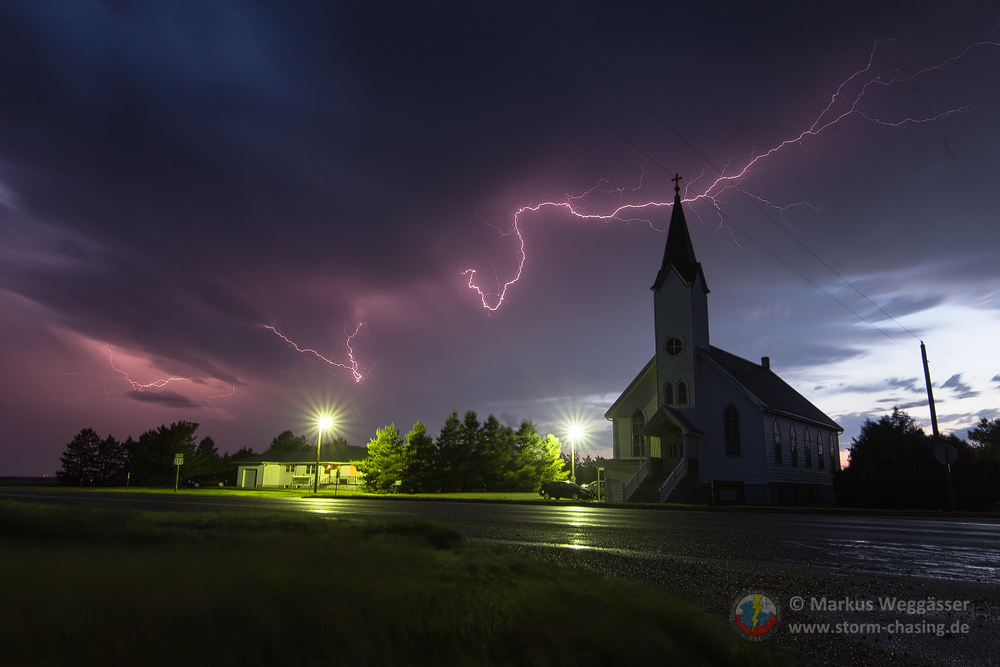 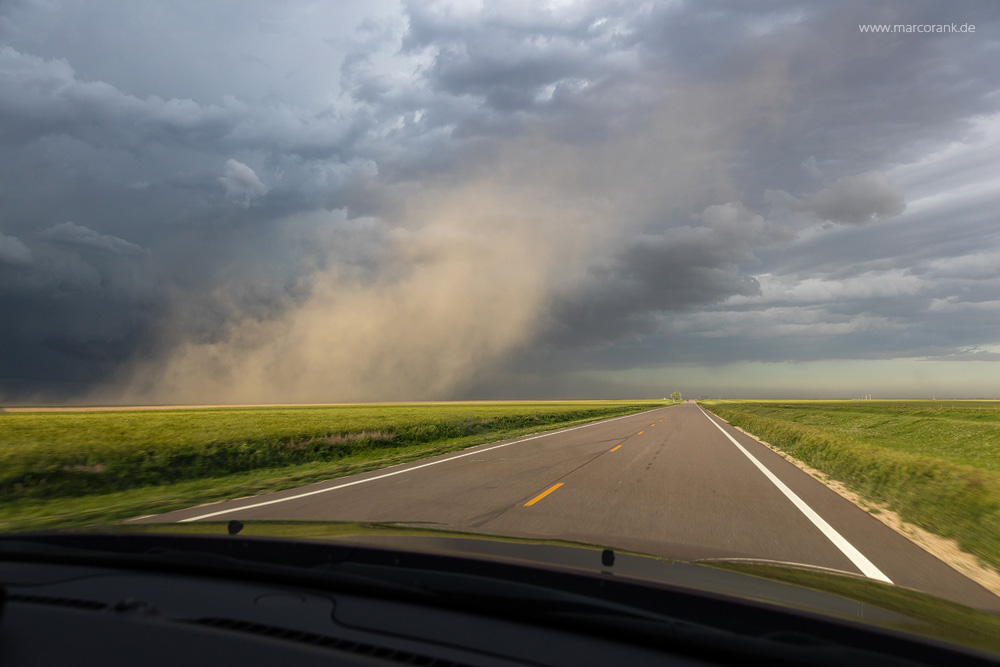 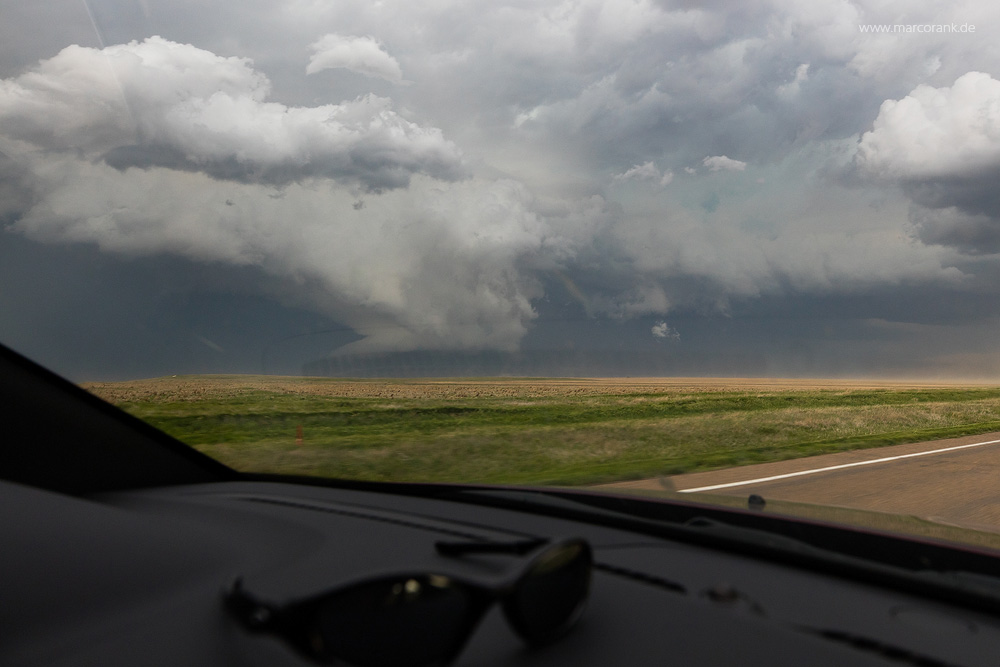 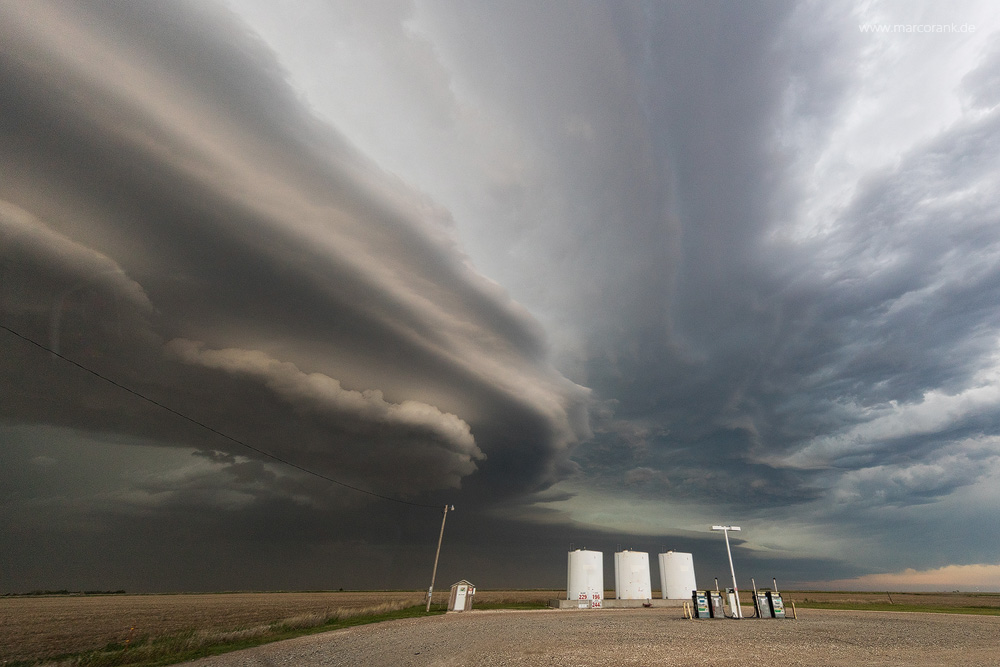 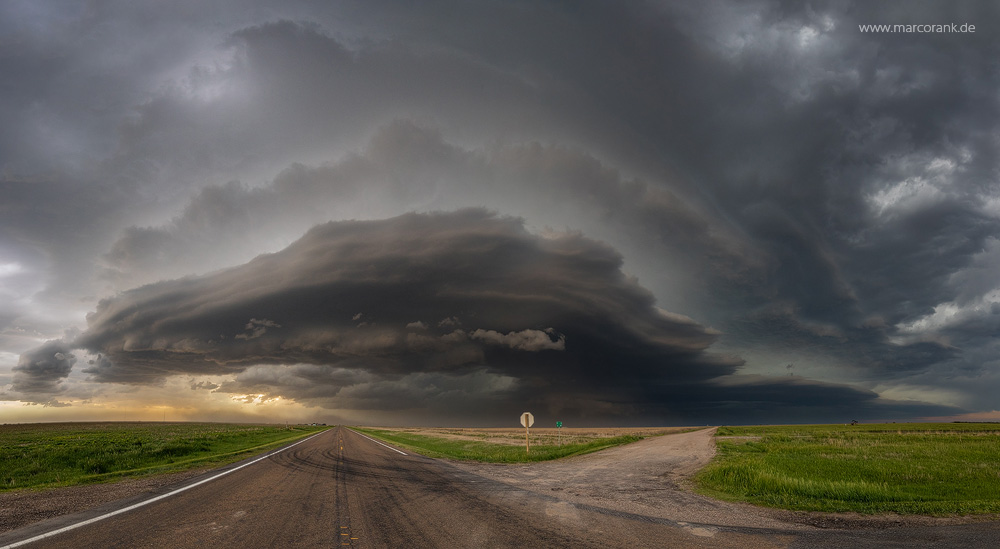 Back to chasing mode meant routine check of the forecast in the morning. While things appeared pretty obvious the day before with respect to the target area whereas model guidance in the morning was a bit more tricky.

Northeast Colorado (NE CO) looked still okay, but with a strong tendency for clustering storms. The fast formation of a squall line along the cold front was a viable option as far as the morning forecast was concerned.

In contrast, a more southerly (southwest Kansas) option was forecast to be slightly more interesting than the day before, so we didn’t make a decision straight away. Since one of our cars broke down due to some technical problem, we had to split the team since car replacement would take a few hours.

The chase team was hence brought down to four, led by the most cluster-o-phobic meteorologist ever. I just couldn’t jump on the northerly bandwagon and hoped for some action in the south. Although the northerly storm fired in a more discrete form than anticipated, some weak southerly cells also popped up.

The issue was that no clustering appeared at the cold front south of the storm in NE CO, which meant that it stayed pretty far away anyways. Essentially, we were now committed to go for the southerly cells and hope for the best.

They did try hard, but it turned out that the moisture supply was indeed too weak to get them properly going. One updraft did produce decent structure for an hour or so, but it’s hard to deny that the northerly storm produced much more picturesque and impressive structures judged by imagery posted by the many hundreds (if not thousands) who went with the mainstream chase option today.

The other team has gotten a new car within a matter of two hours and managed to go after the northerly storm in an attempt to get a glimpse what might be left of the matured storm. However, the storm had already started to become outflow-dominant and produced intense if not dangerous outflow winds that easily reached more than 100 km/hour.

The new car of team north was immediately tested for it’s ability to cope with gale force wind gusts. Taking photos under such circumstances was only possible for a few moments before the winds hit for good. The remainder of the chase meant photo action from inside the car for them.

Interestingly, the now (but much later than forecast in the morning) clustering northerly storm system moved south whereas the southerly cell we chased moved north (while eventually dying). Hence it took the southerly team not too long to catch up with the northerly team and before we knew it, we were re-united right at the entrance to the Interstate 70.

From there, it took us another two hours back to the KS/CO border (Burlington, CO) close to tomorrows target area, when we would have a surprisingly similar setup yet again.

Bottomline: Sometimes it’s good to split teams in order to chase all the available options. Obviously, that doesn’t mean both teams will be equally happy, but I think it was win/win for us today nevertheless. Good chase despite car break down for team north and a decent chase day with some new lessons learned for team south. No one missed out on too much and we can share our photos and stories. The lesson learned would have to be that the simpler option is not always the wrong option ;-)