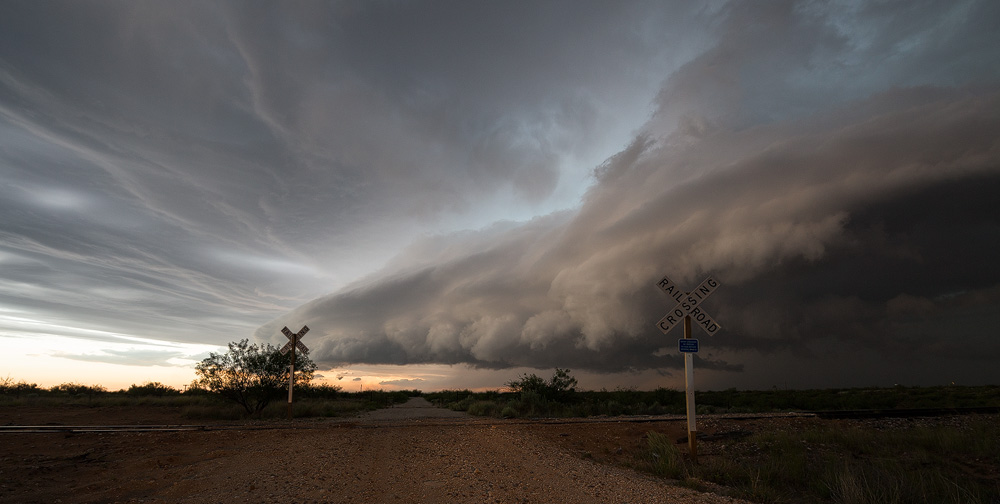 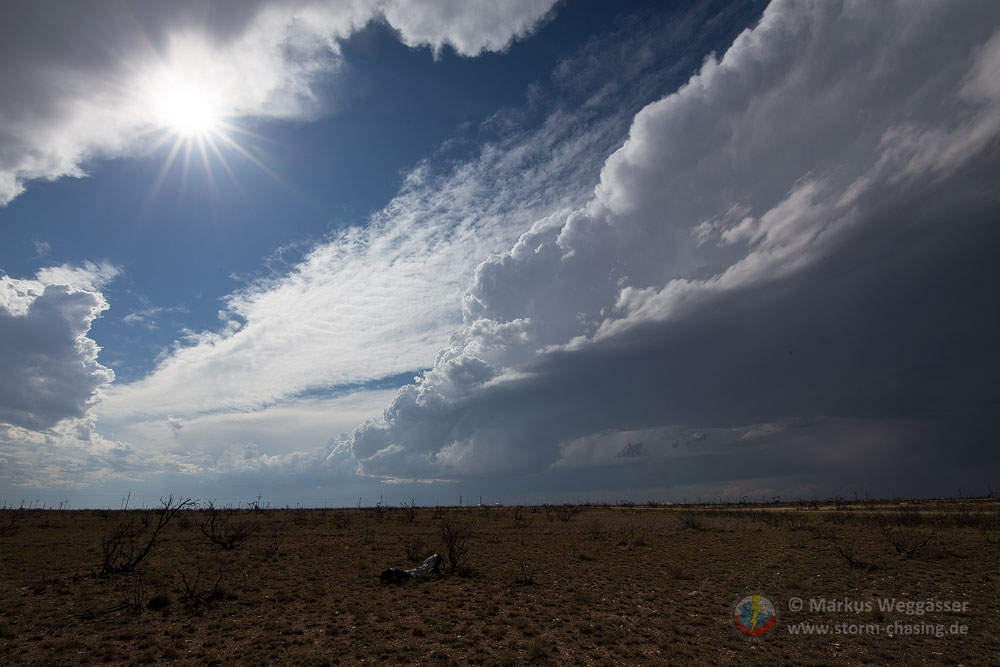 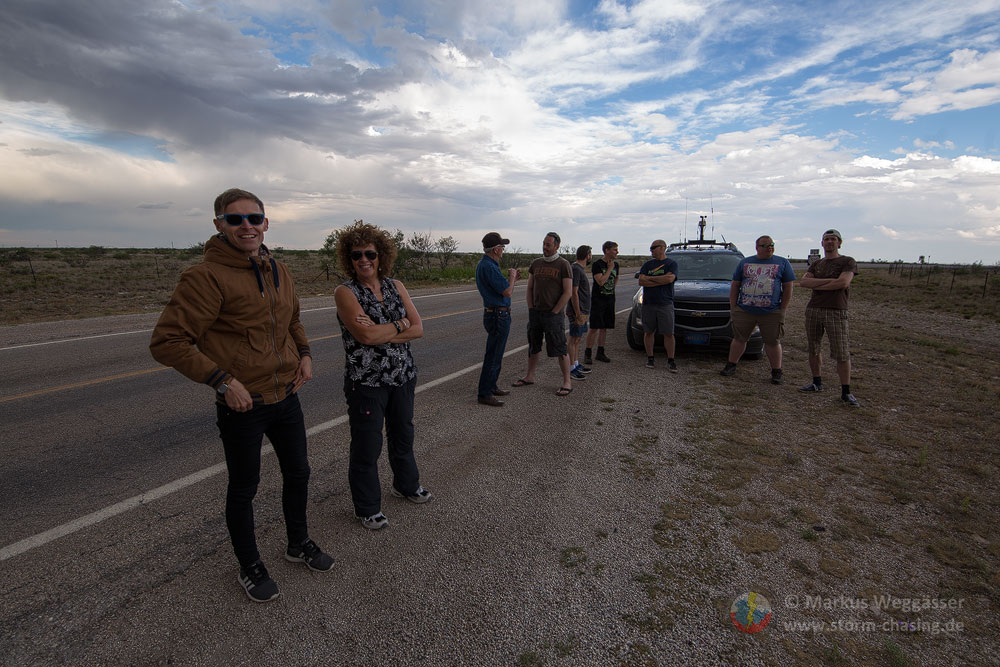 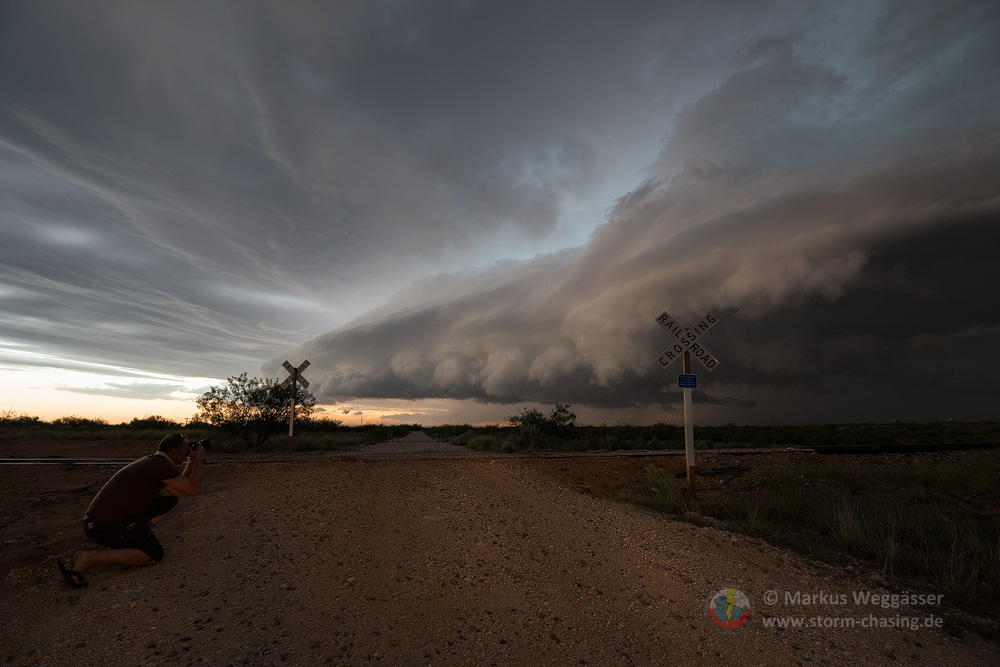 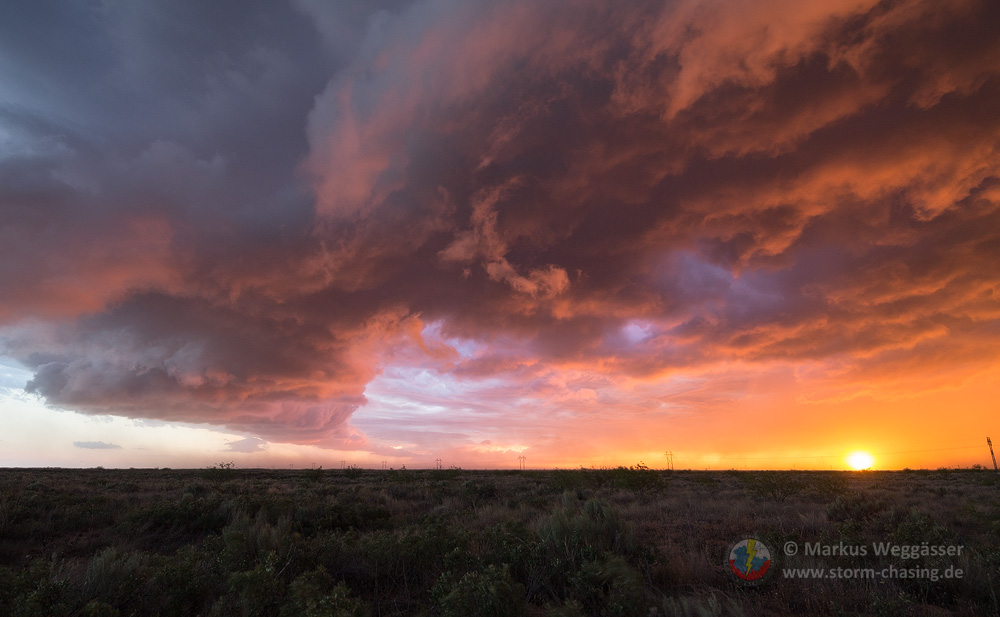 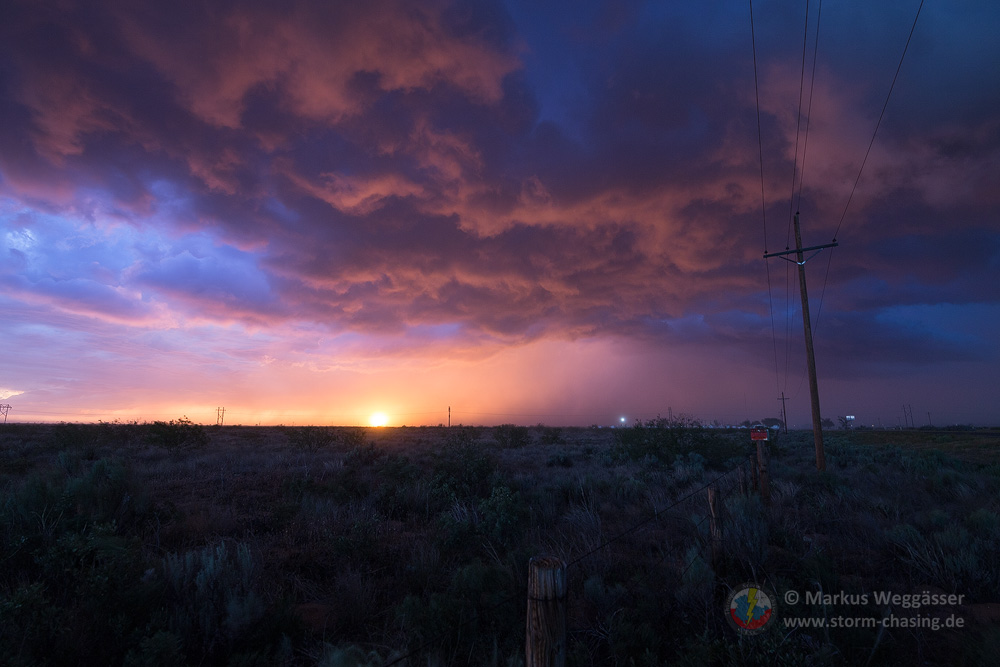 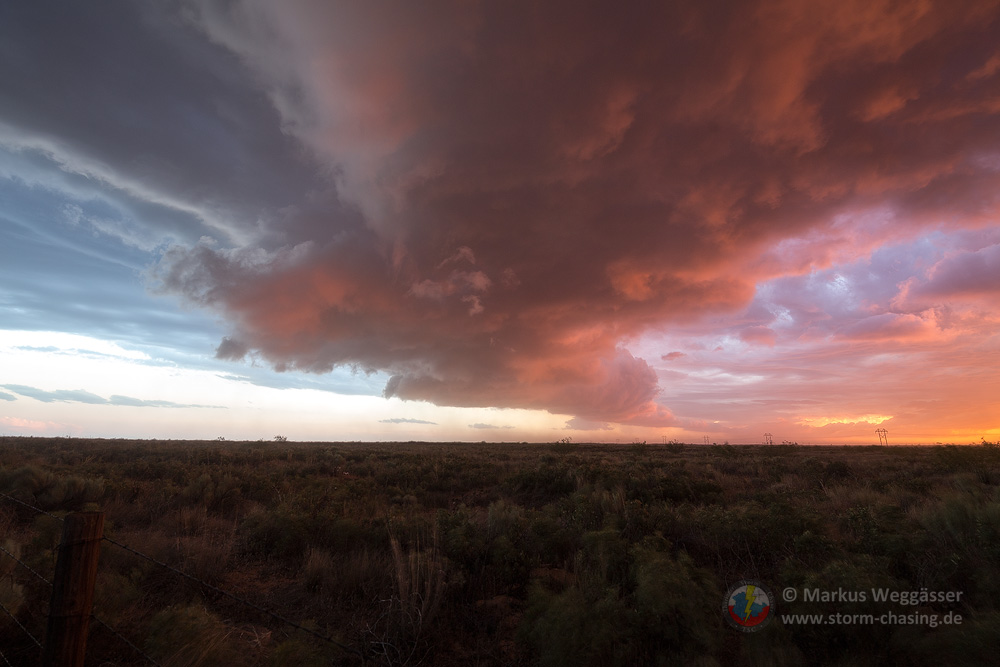 We started the day with cloudy skies and chilly temperatures as far as normal conditions are concerned. The High Plains flooded with fairly moist air that was left from last nights storm activity. It was only a matter of time until the cloud deck would lift and make way for the sun.

Today was forecast to bring the long-awaited High Plains action when storms would be orographically triggered in the Rockies and slowly move into the Plains riding along the progressing dryline. Eventually they should be able to ingest the juicier (moister) boundary layer air and become self-sustainable - supported by a weak upper level trough - and start spinning while moving further eastwards.

At least so the theory went. Triggering and dryline progressing went to plan, as easily visible from our first target spot of the day: Hobbs, NM. One of those updrafts was meant to go wild and make us happy. except it didn’t quite pan out that way. While one storm fired at a pronounced moisture convergence, it didn’t last long and died as quick as it came.

Some concerns were expressed by individual team members here and there, but we kept it real and even ignored the firing of a cell way too many miles east of our spot that started rotating quick. Some more waiting, expressing more concerns and a nice chat with really lovely fellow storm chasers from Australia (our best regards, with many thanks for the invitation into their season accommodation in Kansas :-)), one of the original dryline-riders did somehow manage to suck up the juicy air, rapidly looking much more promising than everything we had seen so far.

Yet, two other cells further north suddenly decided to look promising too. Clearly the upper level trough must have done its lifting job. Followed by the usual “it’s decision time” meme, we decided the northerly bunch might hold more in store given our position. But we were wrong. The one in reach faded quicker than the colours of the rainbow once the rain has stopped.

And the other one was essentially too far given that its destiny would very likely be the same. All we were left with was a slim chance to make it in front of the storm to our south, which by now had developed in a grown HP-monster (high precipitation) of a storm.

We wanted to try our luck and get ahead, though we knew it would be a close call. Sure enough, we literally had to punch the storm in order to get ahead. But what a rewarding moment when we saw an epic outflow shelf under the massive anvil of the storm.

With the sun setting, a truly beautiful moment was waiting for us. At the same time, the boldly illuminated shelf raced towards us accompanied by massive outflow winds. We tried to stay in front but let the outflow eventually overtake us after dark.

A worthy chase day ended, which didn’t go quite as planned - i.e. forecast - but that’s what such High Plains setups are known for. We checked in into a Motel One in Odessa and finished the day with a well deserved drink :-)