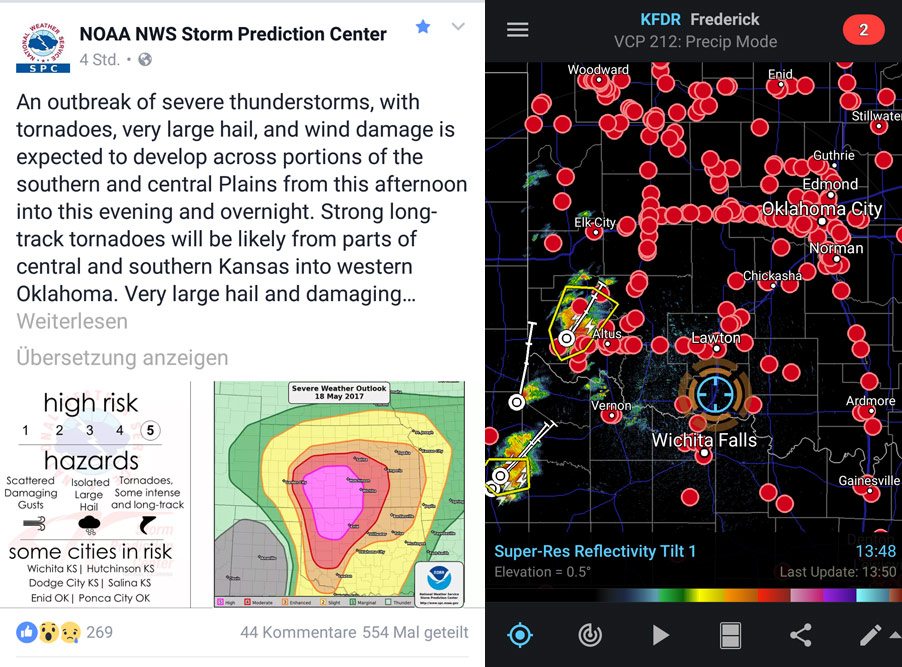 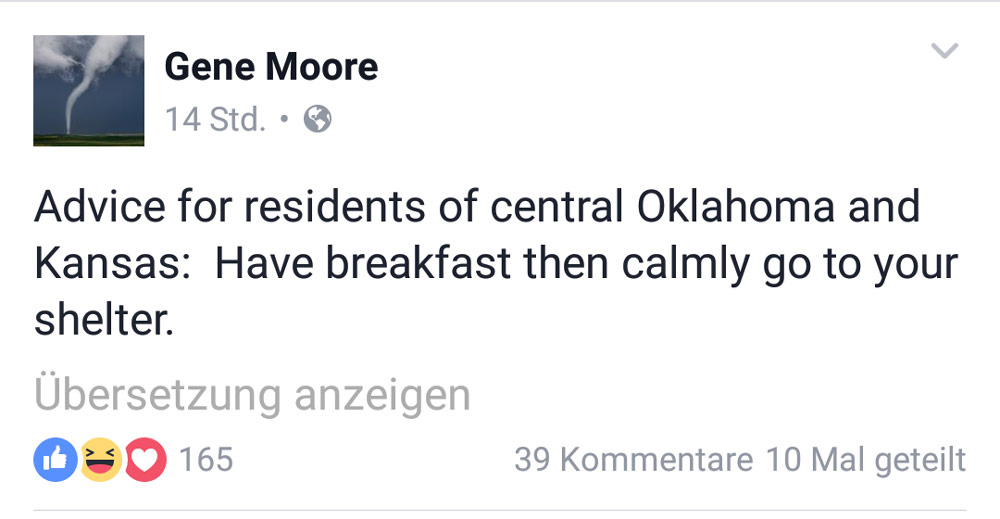 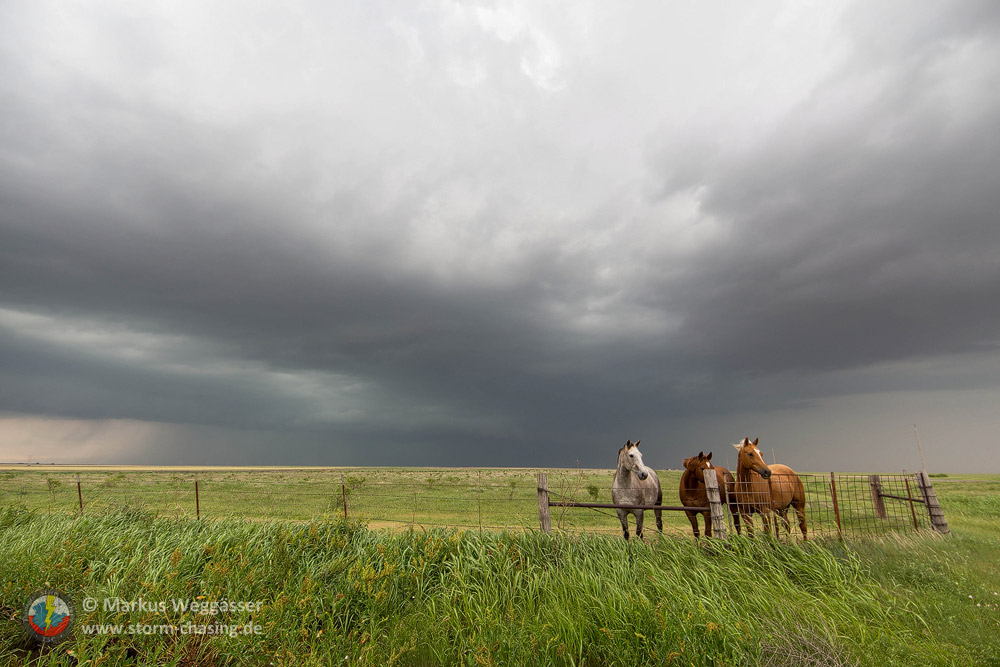 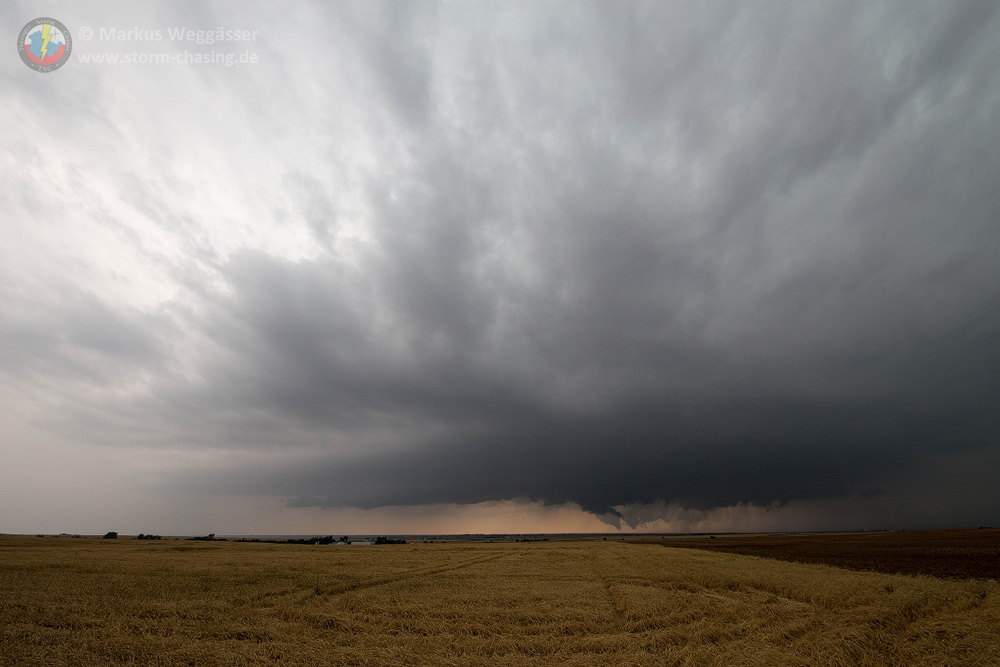 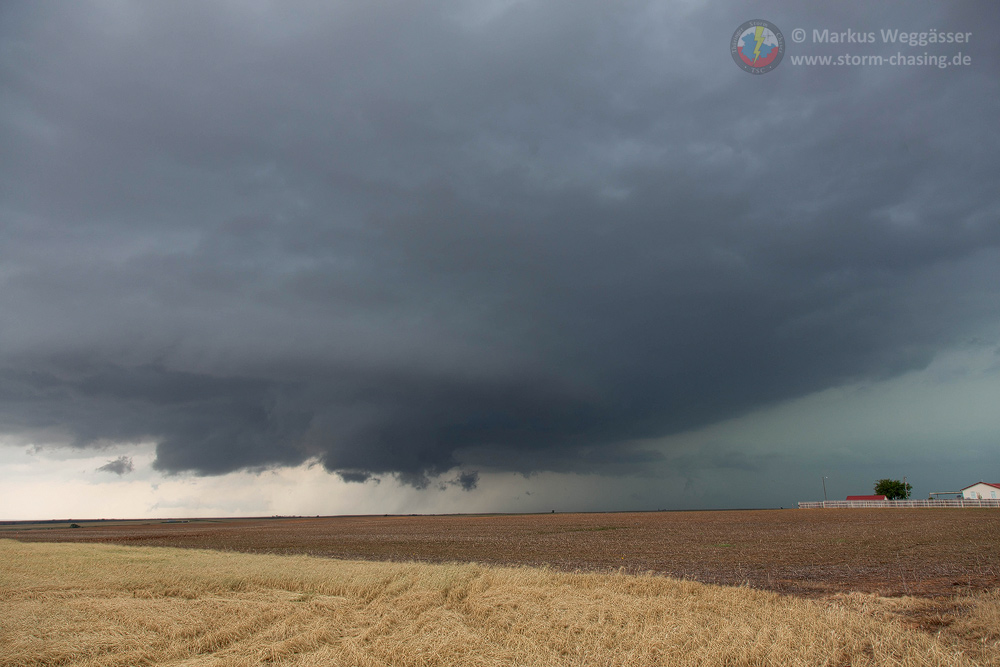 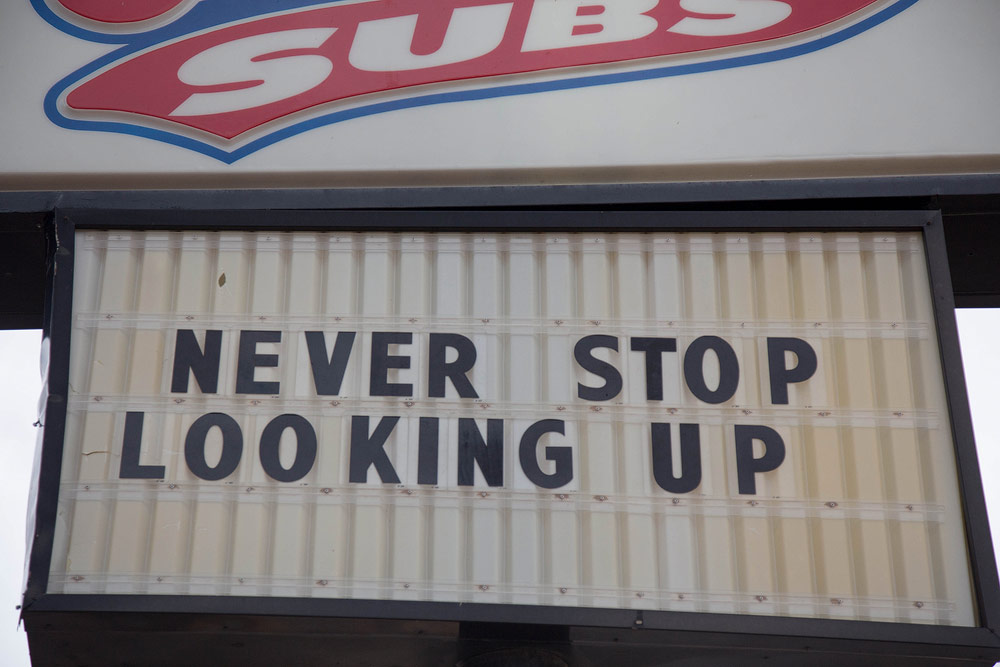 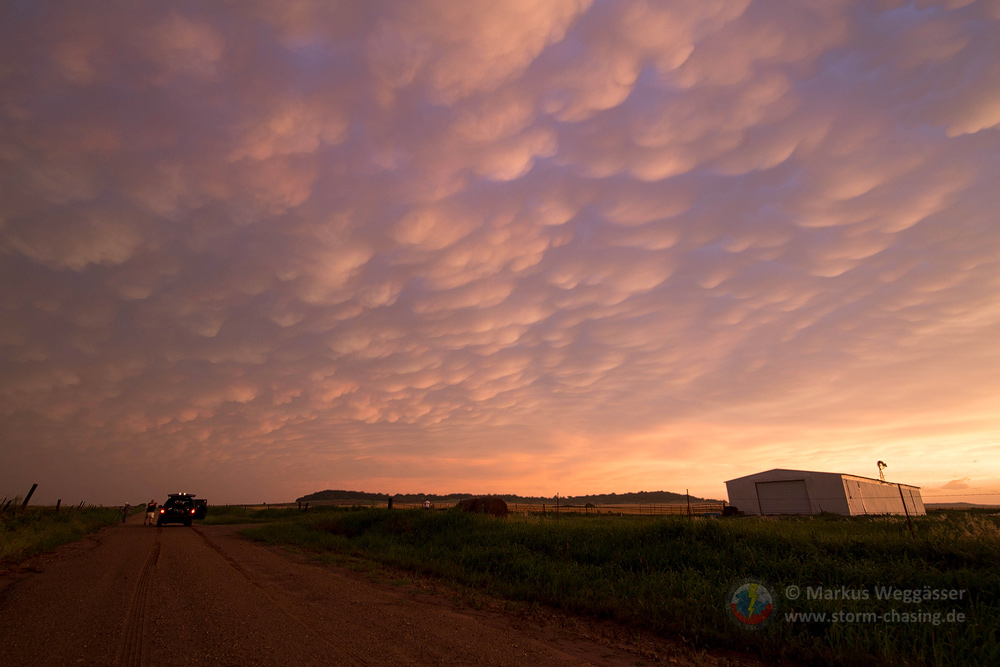 Our two newbies in the team should be welcomed with a legitimate High Risk for severe weather as issued by the Storm Prediction Center, upgraded from Moderate Risk the day before. However, we would stay south of the High Risk area at the border between Texas and Oklahoma (Wichita Falls/Lawton) in order to keep the chances for more discrete storm modes.

That said, timing of storm initiation was odd (i.e. very early afternoon), so that we had to resort to the classic “let’s wait and see” kind of chasing. Sure enough, the first two storm fired up on the dryline in Texas and the TX/OK border just after 1pm.

Since we positioned ourselves in Lawton, we went with the more northerly storm at said border. The muggy moist air (due to strong warm air advection) meant fairly poor visibility so that it took ages until we got close enough to the storm to see the mesocyclone (the inflow area of a supercell storm). It did look promising at first, but before we knew it, the storm turned into something less exciting. But it was waaaayyy too early to give up.

A coffee break and some serious map checking later, we decided to approach a weaker cell that followed the struggling first one. And it didn’t disappoint. The updraft was well and alive, rotating in textbook fashion. Yet inflow into the cell was weak and the willingness to develop into something more epic just wasn’t noticeable.

We kept chasing the cell up until north of Interstate 70, but eventually did give up in Watonga. The cell died soon after and since no other convection in our reach looked promising anymore, we called it a day at Pizza Hut. Yes, it’s nothing the pescatarian hipster that I am would enjoy too much, but - obviously - you have to make sacrifices when travelling in gods own country.

At the end of the day, we got to see a decent sequence of storms with sufficient action to keep the newbies happy. The more southerly cell we dismissed at the beginning seem to have done a bit better, but that’s the way storm chasing works. You won’t always make the perfect choice … and the other storm is always better anyways ;-)

We finally repositioned to Lawton again as more action in the same area is forecast for tomorrow. Probably the last proper chase day in a while as extremely anomalous cold air is going to flood the Great Plains the day after tomorrow, literally killing the potential for severe storms.